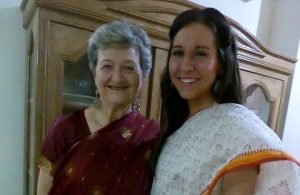 We’ve been talking about the city of Dhaka, Bangladesh a lot this month. We told you about the Home of Hope, and about our last intern trip there, and how you can go there with our next team. But while we are still focusing on the Southern Asia, there is one person serving in Dhaka that we still want to tell you about.

When Dianne’s husband died in 1997, she didn’t have to wonder for long what she would do with the rest of her life. All she could think about was missions. She had been on some short-term trips to Russia and Ukraine, but she knew that now God was calling her to do more. In 2001, at the age of fifty-seven, she became a short-term worker overseas.

“God is so awesome!” she said. “At my age – He still fulfills dreams and makes things happen for His glory.”

During her time overseas, Dianne served in places like Moscow and Estonia, but since 2009, she has been in Bangladesh, serving as a sort of surrogate grandma to the girls at Uttam’s Place. Dianne is in her seventies, and she is still working hard to see people reached with the gospel in Eurasia. You can see her at work (and some of the incredible things Uttam’s Place is doing) in this video.

But Diane can’t help at Uttam’s place forever. In fact, she is retiring soon, and we are praying that God would raise up one of YOU to come to Bangladesh and fill her shoes. Would you be praying with us? And would you be willing to ask the Lord if He wants you to come to Uttam’s place?

And even if you decide that coming to Uttam’s Place is not what God is asking of you, there are still ways that you can help. Click here to sponsor a child at Uttam’s Place. 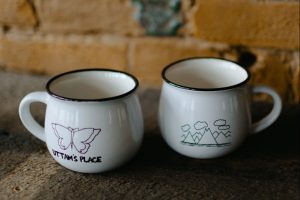 Also, Eurasia Coffee and Tea just released these awesome mugs that help support the work of Uttam’s Place. These are great way to give back, and to have a tangible reminder to pray for Uttam’s Place as you drink your morning coffee.

Thanks for your support of this important ministry in Eurasia. We are so glad that you are part of the Eurasia community!