The challenge of planting the church across Eurasia creates all kinds of ways for people to engage in the Big Dream. Faces of Eurasia is one of the oldest ministries of the Eurasia Community. Each month, Faces of Eurasia presents a unique project that needs financial underwriting. Project have varied, from Bible schools to Bible translation, to snowmobiles for pastors in the Russian tundra. Each project is hand-selected by Eurasia leaders for its need and strategic impact.

This month’s project is in the nation of Ukraine. Popasnaya was once a peaceful town in eastern Ukraine. Life for its 22,000 people went by much as it had for generations.

Then the war came. 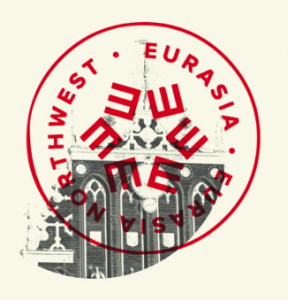 In 2014, Popasnaya—and most of eastern Ukraine—became a battleground between the Ukrainian government and those who opposed it. Danger replaced routine. Uncertainty replaced tradition. The presence of armed soldiers, frequent shellings, and the risk of land mines became the new normal.

By March 2015, Popasnaya’s retail district had reportedly dwindled to two stores and one pharmacy. Most its residents had to rely on food distributions from humanitarian groups for survival. Across eastern Ukraine, the story was the same.

Even today tensions remain high. Parents fear for their children’s safety. They worry about providing for their families. They wonder what the future holds. They long for peace. Yet within this desperate scene, a spark of hope is burning. People are opening their hearts to the gospel. They are eager to know the truth.

In Popasnaya, a group of believers now meets for prayer and fellowship. In other villages, believers are searching out locations for churches. But there is a problem. Many of these churches have no one to lead them—YET.

To address this tremendous need, the Ukrainian Pentecostal Fellowship has set a goal to plant 400 churches over the next five years. Some of these will be in war-torn areas. Evangel Theological Seminary in Kiev, Ukraine’s capital city, is participating in this goal by offering a four-month church planting program to help prepare qualified young people for ministry in unreached areas.

The program consists of 10 courses that will help students gain the essential tools of church planting. Students completing the program will go in teams of two to various locations where the church does not exist. Their goal is to build relationships and establish a church.

Newly trained church planters now have an unprecedented opportunity for evangelism! This year marks the 500th anniversary of the beginning of the Protestant Reformation in Europe. To commemorate the occasion, Ukraine’s president is planning a series of celebrations, festivals, and ceremonies throughout the year.

“The government is asking us to help with the celebrations by showcasing who we are and what we stand for,” says Vasiliy Voytovich, president of Evangel Theological Seminary. “We have permission to go into cities, villages, and schools across Ukraine to share the gospel.”

We must not miss this wide-open door of opportunity to share the gospel!

Help provide a church in an area of Ukraine where the gospel is not known and learn about more Faces of Eurasia Projects by subscribing to our newsletter and receive stories and updates in your inbox.