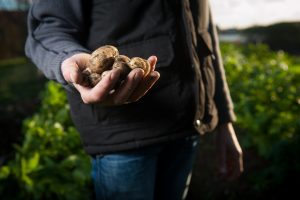 One of the monthly features on the Eurasia Community Blog is about our Financial Partnership Development program, led by Jenn Fortner. In FPD, missionary associates receive small group training and coaching as they invite individuals and churches to partner with them financially in the work God has called them to in Eurasia.

If you’ve been serving the Lord for any length of time at all, you’ve probably encountered the way the Lord sometimes asks us to do things that make no sense to us.

Of course, God’s wisdom is infinitely higher than ours, and because of his perspective, sometimes he sees a course of action we should take that only makes sense to us in hindsight. And yet, in the moment of making the decision, it can be difficult to rely on the word of God instead of on our own wisdom.

Some of our workers who are currently going through our Financial Partnership program have learned how, even when it doesn’t make sense, our task is to obey God, and to trust him with the results of our work.

When Paul and Ellie Martin first began raising support, they sent out letters to friends and family explaining the work they were getting ready to do in Eurasia.

After the letters had been sent, Paul called his uncle to schedule and appointment. Paul’s uncle believed in the work they were doing, but he told Paul right away that his family would not be able to provide financial support.

Still, he wanted to hear about their work, and wanted a chance to hear Paul speak in a church, so the Martins invited him to a service they had scheduled. They talked to him briefly afterward, but didn’t press him about financial support, since he’d already said that he couldn’t help.

So the Martins were surprised when, a few days later, Paul’s uncle called to tell him he was going to commit to giving $10 a month to support their work in Eurasia. They were grateful for this unexpected blessing, and thanked God as they forwarded Paul’s uncle the information about how to give.

But God wasn’t done working on this man’s heart.

As soon as they sent the text message with the website information, Paul’s uncle replied that they were increasing their commitment to $30 a month.

As we work for the kingdom of God, sometimes we can get discouraged when we don’t see the results we expect. But as we continue in faithful obedience, we can expect that God is working things out in ways we could never expect, and that he will take care of us as we follow Him!

If you’re raising support to come to Eurasia, thank you so much for being willing to answer the call of God. Don’t give up when things seem to be taking a long time–if God has led you to this, he will provide.

And as Paul and Ellie learned, “God is good. People are giving to Him and His kingdom because He stirs their hearts. Our task is to share the calling and passion for the people he has placed on our hearts and give them an opportunity to respond–even if we think we know they won’t want to give.”

And if you’re a member of our little community here in some other way, this is your chance to respond. Would you ask God today what he might be asking you to give to help people like Paul and Ellie take the gospel to Eurasia?

Thanks for your support! We couldn’t do this without you!