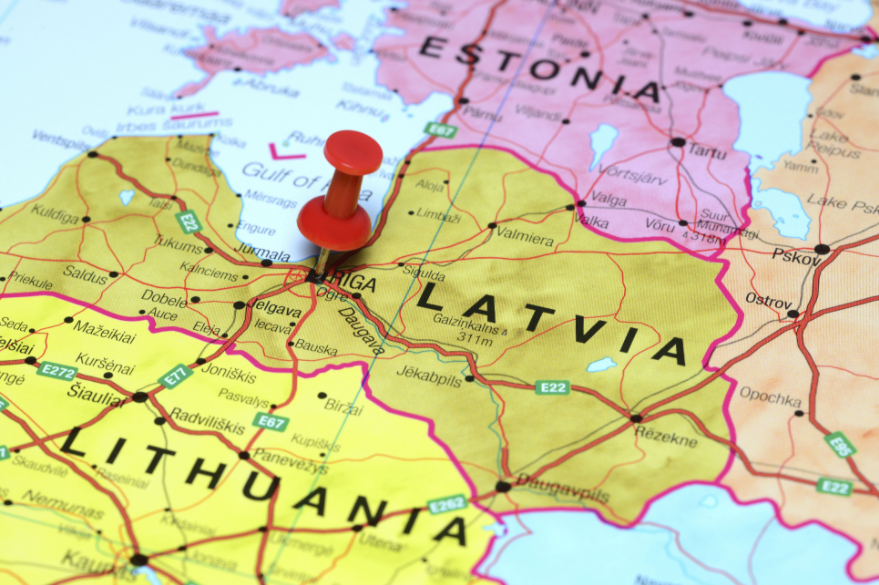 It all started with soup, sandwiches, and salads at a Panera Bread.

Norm shared ENW’s vision: “To establish the church where it is not.” The outcome of this vision is to “Finish” the task by launching a church planting movement. Chi Alpha and church planting can work hand in hand. If ENW is to Finish the task then it will need dozens and dozens of committed followers of Jesus to join this vision.

The Baltics were used as an example of where there is a significant need for churches to be planted and many universities that could prove to be fertile places for Chi Alpha ministry.

Chi Alpha leadership quickly recognized the common vision they had with Eurasia Northwest. It was then that plans were made for a visit to the Baltics in January of 2016.

A total of five Chi Alpha leaders came to the Baltics and toured Tallinn and Tartu, Estonia; Riga and Jelgava, Latvia; and Vilnius, Lithuania with missionaries David and Kandra Millsaps, Geographical Leaders for the Baltics.

Despite the cold, snow, and dark days that winter in the Baltics bring these men were touched by the possibilities for ministry. A primary idea that arose was that many students could enter one of the universities as students and live a life on mission with Jesus there in the dorms and on campus. A Chi Alpha program could be started and students could easily be directed to a church that is in the process of being planted or a newly planted church.

At the recent World Missions Summit in Houston, missionaries from the Baltics met with 200 – 300 students after an evening service where the altar call was: “Give a year, pray about a lifetime.”

What an incredible time of connection as we challenged these students to join the work in the Baltics. No one knew what the altar call would be that night.

In March 2016, 52 students will take an exploratory trip to the Baltics during their spring break. In June we expect more than 20 to make the same trip.

God is doing something special here in the Baltics. He has ignited a passion for church planting in the hearts of the national church, the missionary family, and now Chi Alpha. The idea of Chi Alpha students or graduates joining the work in the Baltics is a reason to rejoice!

Click below to find out how you can adopt a country in Eurasia Northwest!