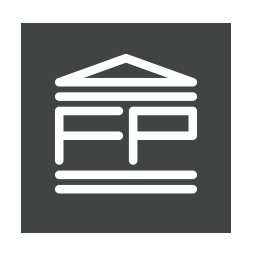 Nobody can fulfill a missions calling alone. Fortunately, God doesn’t expect them to. John and Kari were heading to the country of Georgia. They had never raised a ministry budget before and were challenged by the process. John and Kari received Financial Partnership Development (FPD) coaching and training to help them raise up their partnership team with individuals and churches they knew. John and Kari built up their team over the months after their approval. Eventually, they had raised 80% percent of their budget, but were quickly running out of people they felt confident would want to give. They were beginning to ask people whom they hadn’t spoken with in several years to partner with them, and this made John particularly nervous. Their coach, Jenn, encouraged John and Kari that God had already built their team, and they should be bold and confident in asking even those whom they hadn’t connected with in a while.

John decided to ask a friend from college, “Matt,” for an appointment, though he was nervous, since he hadn’t connected with him in many years. John didn’t even know if Matt was a believer. John asked for the appointment anyway, remembering what his coach had told him. Matt agreed to meet, though he sounded a little hesitant on the phone, which made John even more nervous.

When they met, John and Matt caught up on life, and John got up the nerve to eventually ask Matt if he would be interested in joining their monthly financial partnership team. Matt replied thoughtfully, “I would love to join your team. I became a Christian a couple of months ago, and God told me clearly that I was to give some of my investments to missions, but I haven’t known how to do that. I felt a little crazy that God would talk to me and tell me to do anything. I didn’t know if I was making it up. When you contacted me and told me you needed to build up a team of financial partners, I knew this was God’s plan. I’d like to give you and Kari $10,000.”

John was stunned. He and Matt spent the rest of the meeting talking about God, how the Holy Spirit speaks, and how to hear God’s voice. Matt’s gift was enough to complete John and Kari’s budget, and they were shortly on their way to Georgia.

Please pray for Eurasia’s Missionary Associates like John and Kari as they raise a budget for the first time, and learn how to ask others to invest in the Great Commission and God’s Kingdom by giving to their assignments. Asking finances and trusting God with the results can be a challenge to our missionaries They need your prayers as they learn how to biblically ask and receive the financial partners God has for them.

Financial Partnership Development (FPD) is a training and coaching program for Eurasia’s Missionary Associates (MA’s) that focuses on relational fundraising. MA’s in the FPD program enter a 7-week-long small group that teaches the basics of raising support from individuals and churches. After the small group concludes, the MA receives coaching until they are 100% fully funded and headed to their assignment overseas. Jenn Fortner leads FPD. She has served with Eurasia for almost four years and has coached and trained more than 400 missionaries in successful, relational fundraising.

If you are not already supporting a Eurasia missionary, please consider doing so! Clicking below to contact us!