Give, Russia and Belarus No Comments
May 11, 2017 eurasiacommunity 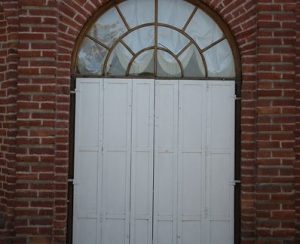 Nearly two thousand years ago, the apostle John penned these words of Jesus to the church in Philadelphia:

“These are the words of him who is holy and true, who holds the key of David. What he opens no one can shut, and what he shuts no one can open. 8 I know your deeds. See, I have placed before you an open door that no one can shut. I know that you have little strength, yet you have kept my word and have not denied my name” (Revelation 3:7-8).

The same could be said today for Immanuel Church in Moscow, Russia.

The church has faced countless obstacles throughout the years. Since its beginning, it has weathered storms in both the spiritual and physical realms.

They were denied the ability to buy property during the years Russia was under Soviet control. Their pastor was persecuted, and eventually imprisoned. When the Soviet Union fell, the pastor was released and the church began to grow.

In faith, they purchased an old building in a poor part of town, which had once been used as a meeting place for the Russian Mafia. The people were hopeful that God would redeem the building and use it for His purposes. But the mafia wasn’t done with the building, and began to harass the members of the church, and eventually set fire to the building when the church wouldn’t give it up.

Even then, the church persevered, setting up a tent on the property where they held their church meetings. Despite continuous opposition, Immanuel Church has persevered.

And now, God has placed before them an open door.

As they cleaned up their burned-out building and the surrounding area, God began to give them opportunities to minister to the surrounding community, particularly families with handicapped children.

Russia has few programs to help children with special needs. Most buildings are not accessible for people with disabilities. Families cannot afford wheelchairs and other equipment. As a result, disabled children are largely house-bound.

Believers at Immanuel Church have identified several families in the area and are doing what they can to help. Several members of the church are training to become qualified to help care for disabled children.

And now, according to one of our workers in the area, “City leaders have taken notice and are saying, ‘These are the kinds of people who will reach out to the underserved in our community. We want to work with them because we see their heart for our people.’”

The city has even reached out to the church and offered to partner with them in a way that will enable Immanuel Church to expand their ministry. If the church will build a playground for disabled children, the city of Moscow will allow the church to use that space for any kind of gathering they want.

What an opportunity for the church to proclaim the name of Jesus!

But the city is asking the project be completed by September, and the church needs help. The playground equipment is expensive, but we can help them take advantage of this open door by giving to provide for their needs. Would you consider donating to help the people of Immanuel Church build a playground (and a bridge to reach the lost) in their city?

And thanks in advance for your generosity. We are so glad that you are a part of this community!