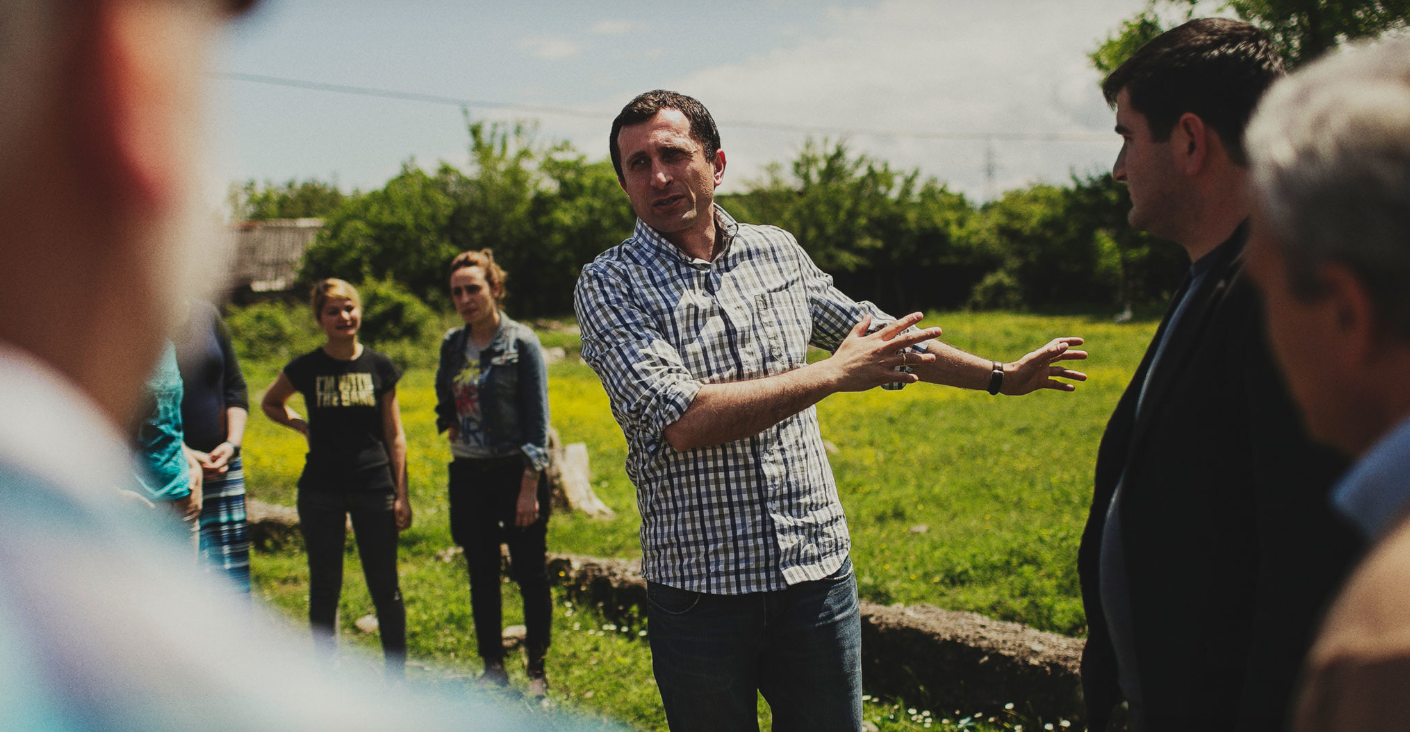 Our task in Ukraine is establishing the church where it is not.

In spite of the armed conflict in the east of our country, churches are being planted even on the front lines of the daily shelling between rebels and the Ukrainian army.

A church planter named Sasha (named changed for sensitivity) was a part of the XA ministry at our International Christian Assembly pastored by AG missionaries. Sasha attended a four week missions school sponsored by COH Europe and went straight to work planting a church in Svetladarsk an eastern town on the front lines of the war.

After two years he now has 60 people in his church and has planted a second church now running 40.

These two congregations have together purchased a van which they use to deliver aid to the armed conflict zone. ICA has sent aid including food, heaters, and medical aid by funding our Hope in Action, an AG mobile medical clinic run by another AG missionary. Planting in the conflict zone with daily shellings as a part of life is emotionally and physically draining. The people that could have left. The population remaining is for the most part  elderly, single parents with no family to run to, children, and broken people (addicts, mentally and physically handicapped) One or two teachers keep the schools going for the children (sand bags in the windows of the schools to protect from bullets).

As a team we continue to supply funds to purchase heaters, fire wood, food items and blankets. Medical missions by our Hope in Action Mobile Medical Clinic continue to go out as funds permit. One medical outreach costs $5000. We recruit Ukrainian doctors to serve on these missions as American doctors run the risk of abduction and other hardships. Renewed shelling in the region has only strengthened our resolve as a team to establish the church where it is not, even where daily shelling is the new normal.

The medical team has experienced some delays due to circumstances surrounding the conflict. It is hard in these bombed out villages to find adequate housing (warm enough, safe enough) for the team of doctors (usually around 25) that accompany the medical trailer outreaches. The renewed shelling in the region adds to this dilemma. Nevertheless, there are upcoming medical outreaches in the near future in additional towns and another one in April in Svetladarsk, soon afterwards in yet another city.

Please link arms with us as a community to pray for the church planters and medical teams working under these conflicts. Something as simple as a 2 minute prayer as you sit down to eat a meal will carry our prayers to the Lord!

Learn more about Eurasia Northwest and how you can be involved with Finish Campaign!