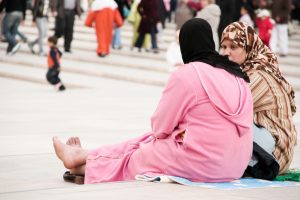 Being a Christian is not always safe, and this is especially true in Eurasia.

Jesus promised us that we would face persecution and hardship for following him, we have had a lot of religious liberty for a long time. Even now, when things are our culture are becoming increasingly un-Christian, we are still free to practice and share our faith.

However, in many places in Eurasia, the prevalence of other religions leads to hostility towards Christianity. And even in places where people are allowed to be Christians, they are legally prohibited from sharing that faith with others.

Of course, our highest allegiance is to the kingdom of God, not to earthly kings, and we must not stop sharing the good news of the hope we have in Jesus.

But our hearts ache, and rightly so, for our brothers and sisters who are face fines, imprisonment, or worse for following Jesus.

One such place is the nation of Kazakhstan.

Kazakhstan is a Central Asian nation which borders Russia and China. It is predominately Muslim, and was part of the former Soviet Republic. Kazakhstan became a sovereign nation in 1990, and though their constitution is supposed to guarantee religious liberty, recent policies that have come before Parliament are an increasing threat to believers there.

Under the guise of preventing “extremism,” the government in Kazakhstan is poised to limit the distribution of religious literature, among other things, and eventually even restrict the amount of religious literature an individual may own. They are also proposing changes that would affect how the church operates, by requiring certain sorts of education, and increasing the fines for those who violate these new policies.

Would you join with us in praying fervently for Kazakhstan today?

“I urge then, first of all, that requests, prayers, intercession and thanksgiving be made for everyone–for kings and all those in authority, that we may live peaceful and quiet lives in all godliness and holiness.”

Pray for the government in Kazakhstan, that they would have a change of heart and allow the church to exist peacefully.

Pray for the churches, that God would further their ministry, despite the difficulties they face.

And pray for the believers in Kazakhstan, that God would give them grace in the midst of what they face, that he would increase their boldness, and that many would come to know Jesus.

Thanks so much for your prayers. We couldn’t do this without you.