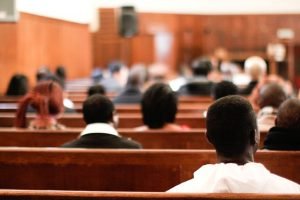 In the New Testament, the early church often faced all kinds of trials and challenges as they followed Christ and led other to the Lord.

In 1 Corinthians, Paul said about his work with the church:

In the Arab World, new believers who are coming to Christ are often facing many difficulties as they begin their new lives as Christians. Persecution from the government, pressure from their own families, and danger of imprisonment are real challenges the believers in the part of the world deal with on a regular basis.

And we just recently got word that some Americans returning to a North African country are being denied their visas.

We are trusting in Jesus to provide a solution, but would you join with us in praying for these people who need a miracle?

Pray that the hearts of the government officials would be changed and that God would open a door for them to get back into the county. And pray that the tribulation and persecution faced by Arab World believers would only serve to build the Church and strengthen its resolve.

The Church is more than one congregation, but right now, our brothers and sisters in the Arab world need our prayers.

And that’s why we are so glad you’re a part of this community.

Thanks so much for your prayers. We couldn’t do this without you.