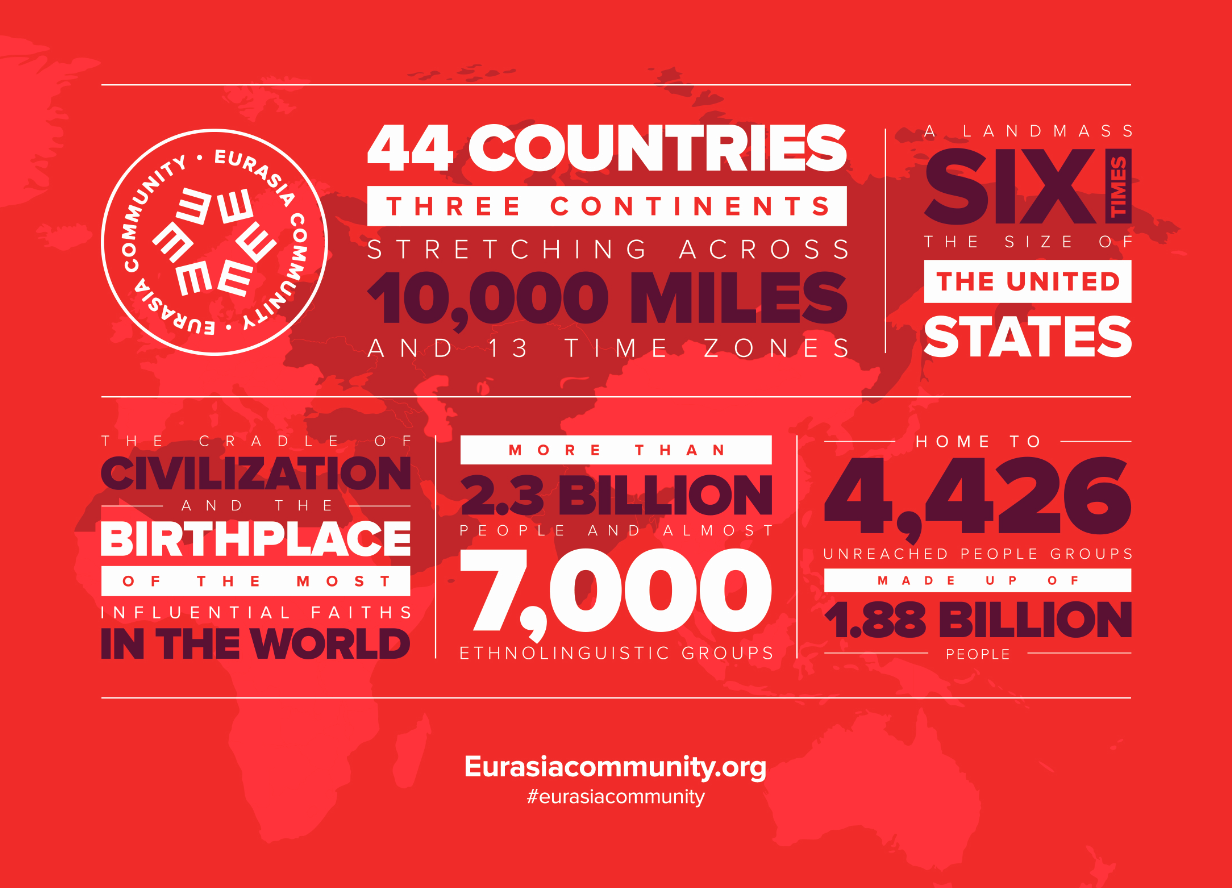 Eurasia is the crossroads of the world. Continents and Cultures collide in this land of ancient peoples, stretching 10,000 miles across parts of three continents, from Morocco in the west to the Bearing Sea in the east. It’s a landmass six times the size of the United States, bracketed by the Atlantic, Pacific, Arctic, and Indian oceans. The Eurasia Region of Assemblies of God World Missions covers 44 countries in seven areas: Central Eurasia, Eurasia Northwest, India, the Arab World, Russia and Belarus, Southern Asia, as well as Israel and Palestine.

Eurasia is the cradle of civilization and the birthplace of the world’s most influential faiths. Ancient turmoils spring to life today across the region in the form of war, political unrest, religious tension, corruption, and conflict over limited resources.

Most importantly, Eurasia is home to 2.4 million people in 7,000 distinct ethnolinguistic groups, many of whom have never heard the gospel. More than 4,700 groups are live as their ancestors have for thousands of years, with no access to the Good News of Jesus. Their only hope is if someone brings them the message from outside.

We invite you to join us in making Jesus known to the people of Eurasia.

PRAY – Join the Pray4Nations prayer movement that is rallying focused intercession toward the unreached.

GIVE – Support strategic initiatives that open closed doors to the gospel.

COME –  Join what God is doing across Eurasia, by serving on a ministry team.

ADVOCATE – Speak for those who do not know by sharing Eurasia Community with your network.

We welcome you to join the Eurasia Community as we seek to make Jesus known where he is not.