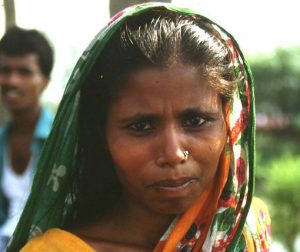 If you prayed with us for Muslims a week ago, thank you so much. Here at Eurasia Community, we absolutely believe in the power of prayer and we are believing that many Muslims will come to know Jesus as a result of the prayers you prayed last week.

As we begin a new month, we focus on a new area of Eurasia: the nation of India, the majority of which is Hindu.

Unlike Christianity, Hinduism is a polytheistic religion, that is, Hindus believe there is more than one god. In fact, Hindus believe in thousands of gods and avatars – or visible incarnations of deities. Different people who practice Hinduism focus their energies on the worship of different gods, but regardless of which god or gods they worship, most Hindus believe a few main things.

First, the idea of karma is essential to the practice of Hinduism. Karma is the belief that there are just consequences for every act a person performs which are revisited upon him or her in this life and the life to come. Unlike Christians, Hindus have no concept of original sin or bearing blame before God. They simply believe that life is a tally of good and bad decisions and hope that ultimately the good works they do will tip the scales in their favor.

This leads right into the concept of reincarnation. Hindus believe that people bear an immortal soul that is reborn again and again in different forms. The form you take in the next life is a direct product of karma, the good or bad you did in this life.

Reincarnation and karma are the supporting beliefs that help maintain Hinduism’s caste system. According to the Hindu creation myth, at the dawn of mankind, four types of people were created from the body of the first man, Purusha. These formed the initial castes, with the people who were created from Purusha’s feet being the lowest. Since then, the caste system has evolved and grown more complex, but the idea of immutable groups of people, some of whom are better than others, has remained.

At the very bottom of the caste system are untouchables, people too low to even be employed as servants. And because of their belief in karma and reincarnation, Hindus don’t believe they need to show compassion to such people. In their minds, anyone who is an untouchable deserves it for the way he or she lived in a past life.

Would you take a minute to petition God on behalf of these lost people? They do not understand what it means to love their neighbor. They don’t see their need for a Savior. And they do not realize this life is the only chance they’ll get to come to know Jesus.

Thanks so much for your prayers. We are so glad that you a part of Eurasia Community!